skip to main | skip to sidebar

A couple of months ago Jill came to me with this picture of a calla lily turned upside-down and said "I want to make a prom dress that looks like this!" .....ummm...ok.....I was overwhelmed to say the least... 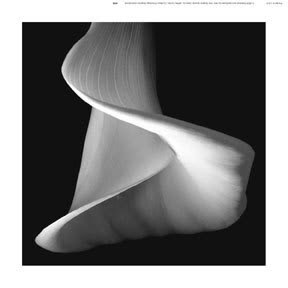 Jill's senior prom was April 17th, she was not going with a date, but rather with two of her good friends. The theme of the prom was Masquerade, and the girls decided to be the elements - earth, wind, and fire. Jill would be earth and her idea was the calla lily. So. She drew some designs, we bought fabric, and began to sew. Well, we did not get it done in time for senior prom! The innovative design really was almost beyond my abilities. I was stretched to the limit and just did not have enough time to finish. We had the top about half done and were still trying to figure out the logistics of the skirt when the big day arrived. Thankfully, I have a bridesmaid dress that Jill has always loved and wanted to wear to prom, so she decided it would work instead. 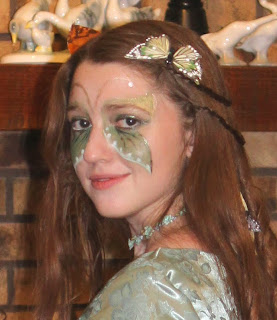 She did beautiful facepaint and hair to match the dress and go with her theme of earth. 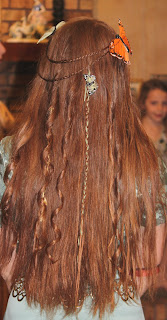 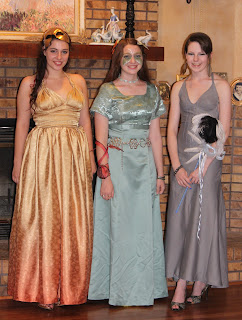 The other two girls made their dresses - and they were all so pretty! They had a great evening and all had many compliments!
We did not give up on the calla lily dress as there was still "Mormon Prom" the beginning of May. So...back to the sewing room! Jill figured out the skirt finally, by drawing a pattern based on a silk calla lily. She made a tiny version, then drew the pattern on graph papaer and enlarged on to newsprint. She carefully cut it out of white silk and we stitched the two layers together and began to pin and tack it around her. We didn't figure out how to actually fasten the thing! It ended up being hand sewn in strategic places and tacked on to her slip. We also didn't get the boning in the hem to make it flare out like the lily. But, it turned out to be very beautiful and unique, and Jill still has plans to work on it some more! 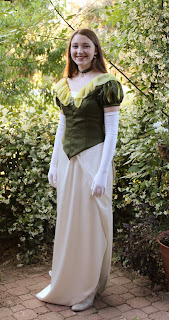 The jacket is forest green brocade lined in hand-dyed yellow silk. The slashed sleeves are also lined in the yellow silk and the collar is hand-dyed silk chiffon left unhemmed.

Lucy had a completely different idea for her dress! Lucy's date was her dear friend Barry, who is just as creative and crazy as Lucy and totally willing to get caught up in her "steampunk" vision. Lucy wanted a victorian look with a modern steampunk flare, and decided to start out at a vintage clothing shop. So. We all drove out to Glendale (about 45 minutes away) and had an absolutely fabulous time hunting through the truly amazing and enchanting antique stores there. We had so much fun that we had to go back again a few days later and look some more. We ended up in a treasure trove of a shop called Matilda's Closet where Lucy literally spent 2 hours trying on clothes, hats, scarves, gloves...and finally bouncing ideas off the sweet shop owner Rose. Incredibly, Barry was just as enthusiastic as Lucy in this adventure, and was ecstatic when he found a tailor-made tail coat from 1940 (the tag in the pocket had the date, tailor and customer!) It fit as though it was tailor-made for him! All navy blue wool, lined in silk, high waisted, long tails...perfect!! With that settled, Lucy began to think navy blue too. She tried on this and that, we talked about how we could alter or change things, but nothing was clicking. Finally, dear Rose brought out an old navy blue velvet dress from perhaps the early 1930's that she had just picked up at a vintage clothing expo. It was faded in spots and a funny fit, but it had some really intriguing details... 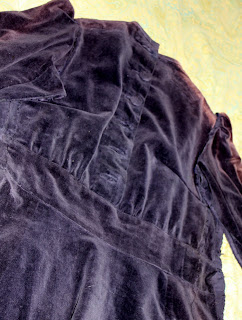 A row of covered buttons down the back, the cool V waistband in front, smocking on the shoulders...turn it around and cut it up, make it into a jacket with tails maybe...yes, we could see the possibilities! Rose mentioned a victorian styled blouse underneath and I remembered that I have a real victorian blouse - and we were off and running! 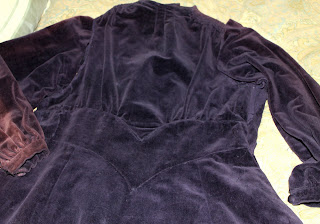 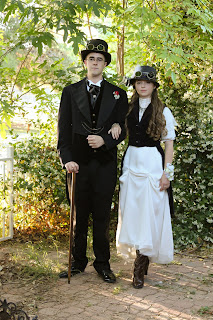 The result was so cute! We cut the velvet dress all apart, took the front skirt and sleeves off, folded to make lapels, re-sewed the back-now-front with princess seams for a fitted shape and it was perfect! My Victorian blouse added the needed lacy touch, and we made a new skirt out of silk and silk chiffon, hand gathered up in front to show off the amazing boots Lucy borrowed from her Young Women's leader. Barry's mama made him a velvet vest and black satin cravat to go with his gorgeous tailcoat. She then pulled out a ruby brooch originally owned by his great-grandma for the cravat and a cane from the 1800's that the original Barrington (Barry's namesake) used!! 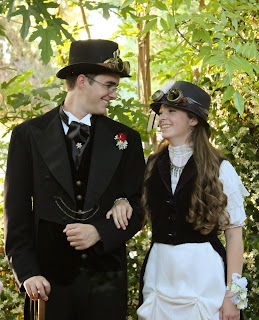 Barry and Lucy ordered welding goggles from Amazon and spent a fun couple of evenings customizing them with leather, paint and wire to turn them into the awesome steampunk style. All together the outfits (and kids) were absolutely adorable!!!
Posted by Beth at 7:26 AM 12 comments: 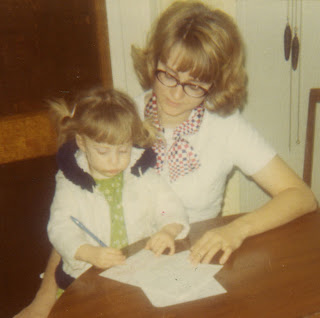 Me and my mama.

Isn't my mama adorable! Full of love and imagination, she gifted me with her love of reading and writing, her great sense of style, her passion for thinking long and deeply on life's mysteries, and so much more. Happy Mother's Day dear mama! And Happy Mother's Day to all you other mama's too. May you have joy in your journey this beautiful day! 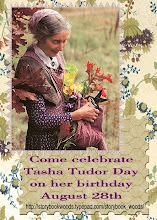